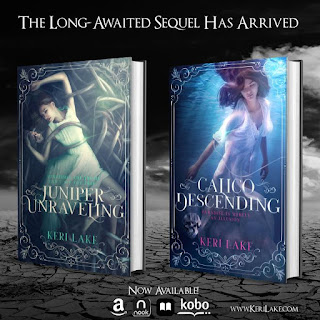 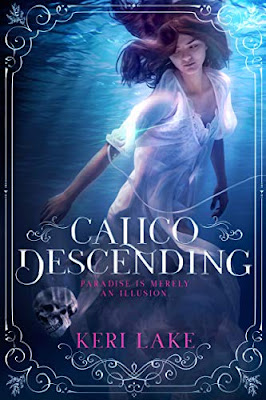 "The romance that blossoms in the very pits of hell is one of the most stunning stories I've read to date. It was torturously beautiful and heartbreakingly emotional. Even if you've never read Dystopian Romance before, Calico Descending will make a new fan out of you. It's an absolute must read." -Dirty Girl Romance Book Blog 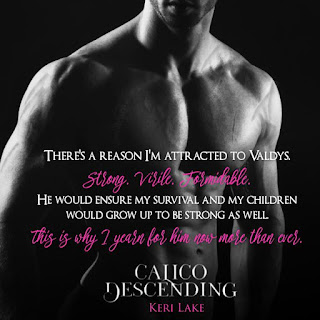 I was fourteen when I was sold to the men in black uniforms. Too young to understand I served a purpose beyond that of the other girls they’d taken.
For the greater good.


Now, after four years in Calico, I’ve seen more death and suffering than during my days of surviving out in the Deadlands against the threat of Ragers and famine. I didn’t think this world could get any bleaker. Didn’t think it could take any more from me than it already had.


Not until I finally learned my purpose.
That same day, I walked the dark halls in the bowels of this hell, where the suffering is in silence, and ghosts of the dead whisper through the walls. A place where nightmares are real.


A place where I met my Champion—the most revered Alpha in S-Block—locked away in his dark cell.


For the greater good.


He’s their weapon, their only line of defense against the mistakes of the past: the mutations that could wipe out all of what’s left of us.


Me, I’m his whipping girl. His reward for good behavior.


And his punishment for acts of defiance. 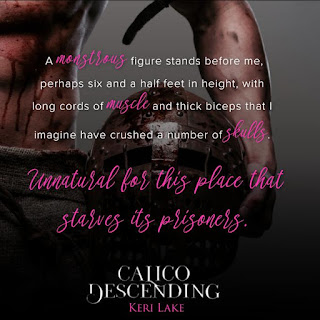 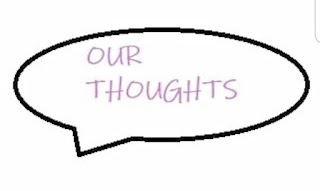 I am broken
Lake has always been one of my go-to authors when I need a read that guarantees to evoke all my emotions:
Something that will shred my soul then
maybe if the author is feeling generous put the scraggly bits back together -
possibly even a bit stronger in the end?
Something that will  cause me to question my beliefs, my faith in humanity
That will give me a moment of darkness
That sparks my fear
yet not without a sliver of light -
Just enough that I can grasp on to Hope
Something that truly engaged me as a reader on every emotional level
Lake does that and so much more

Calico Descending did just that!
I broke
I can only wait now, passively, and hope
that my friends find their way out of the he ll they call reality.

Calithea - I think she always knew but it is easier sometimes to live in the fantasy
The Champions
Valdys - Calm, Possessive,  The Alpha - He knew
Cadmus -  Dark, Heartless - I wept for him
Titus - Light, Hope - A fine line between the two

This is the second book in the series I guess it could be read as a standalone but I do NOT recommend it. The first book lays out the who's and why's and some of the what's - This one not so much as the foundation is laid in Juniper Unraveling. This story takes place towards the end of Juniper - I say that because of the location of the "hospital" is at ground zero. Though the cast is inherently separate the stories intersect with regards to the Legion and the Ragers and well the  Monsters.

I am not going to retell the story - it's in the blurb
I am however going to strongly recommend this series to you
If you want a read that will truly test your limits -
That is more than a quick read to sate your palate -
Something that will give you pause to think, to question -
One that will have you asking who the real monsters are-
This is that read - That series -
The story, the cast, the emotions will stay with you long after you close the pages. 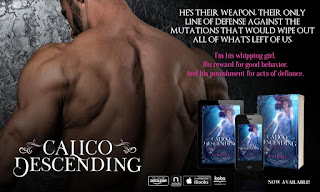