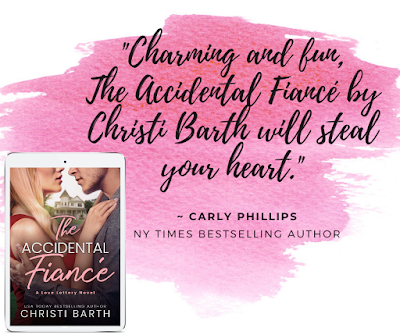 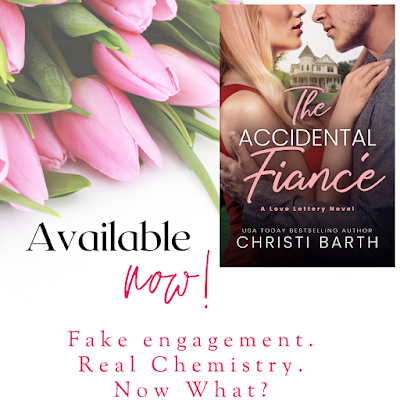 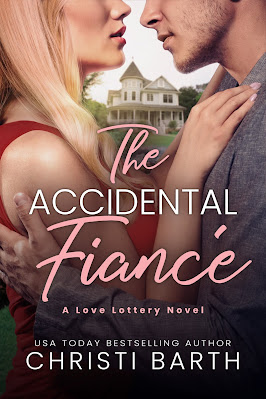 Is it the chance of a lifetime or his biggest mistake?
When former hotel manager Alex Kirkland, his sister and their best friends pooled their money for an unusual lottery prize—a historic, dilapidated inn on the Maryland shore—as a last-ditch attempt to escape rotten circumstances, they never expected to win. But they’re all looking for a fresh start and a second chance, so Alex convinces everyone to move in and repair the building in time for the spring wedding season.
Sydney Darrow never planned to return to her hometown. But her family needs her and Sydney can endure anything for 90 days—including making sandwiches and serving coffee with a smile until she returns to her jet-setter career. When her grandma mistakes a handsome customer for the “fiancé” Sydney created when she thought her grandma was on death’s door, well...Sydney will do anything to keep her spirits up during treatment. She can persuade him to keep up the charade for a few months, right?
But when Alex agrees to play along, will they both fall for their own fiction? 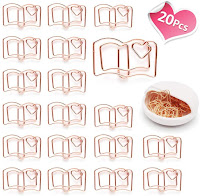 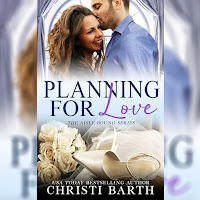 Alex’s expression morphed into straight-up solemnity, like he’d slipped on a mask. “The four of us have no incoming income until we get this inn running. Damn straight I’m all about the bottom line.”

“I guess I can add practical to your list of traits.” Which Sydney appreciated. It was the people who pretended not to care about money but pinched every penny in secret that were difficult. Hiding things—anything, big or small—never turned out well.

In a tone drier than Death Valley, Alex said, “That is just what every man longs to hear during a proposal. That practicality came in ahead of good looks and sex appeal.”

“I didn’t say that.” Did he truly not know that he smoldered with sex appeal? That he could be the man in a cologne/watch/champagne ad? It was actually endearing that he needed a bit of an ego stroke. “Alex, you’re suavely handsome. Your smiles are rare, and all the more potent because of it.”

Those icy eyes widened in…disbelief? Appreciation? Hard to tell. But then he dipped his chin. “Nice to hear. Was that so hard?”

“I didn’t realize you needed a bit of flirting to consider this favor. It seemed…forward to lead off with cataloging your physical traits.”

“Forward?” A huge belly laugh rolled out of him. It was warm and contagious, even though Sydney knew it was aimed at her. “You just proposed after a grand total of ten minutes of conversation, over two days.”

Men had a tendency to be so darned literal. “I’m not proposing for real. I’m asking for your help. You will, in no way, be obligated to follow through into a fake marriage.”

“Then where does the line get drawn?” Alex braced a hand on the back of the couch and leaned forward. He leaned in so close that his breath warmed her ear. “How interesting does this get?”

For a moment—okay, three—Sydney let herself enjoy the closeness. The heat pumping off him through the waffle-weave shirt onto her chest. The brush of his biceps against the back of her head. How their knees pressed together. It was all intimate and on the edge of…something. She just wasn’t sure what. 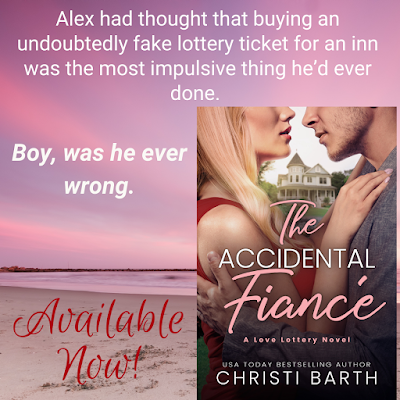 USA TODAY bestselling author Christi Barth earned a Masters degree in vocal performance and embarked upon a career on the stage. A love of romance then drew her to wedding planning. Ultimately, she succumbed to her lifelong love of books and now writes award-winning contemporary romance, including the Naked Men and Aisle Bound series.
Christi can always be found either whipping up gourmet meals (for fun, honest!) or with her nose in a book. She lives in Maryland with the best husband in the world. 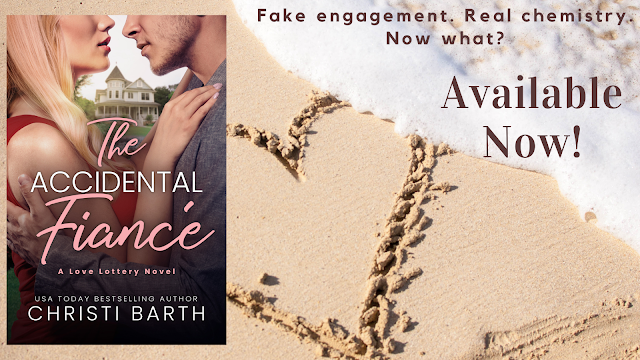