Something in Your Mouth Tales of Sex and Horror By: Terry Maggert ➱ Audio Tour

Sex. Horror. Discomfort. In five stories and one poem, you'll find questions and answers, and you might learn something about yourself along the way. Something uncomfortable. Something dark. What if eternal life really can be found in the Church, but not in the way you've been taught and not without some...changes...to your body? If you're lonely and the world is ending, does it really matter if your lover is actually alive as long as they love you in return? When you're a doctor without morals, medical experiments are a way of life. But what if your subjects need entertainment? Why not a special pet? If your love life needs help, make sure you don't ask a god, because they can give you exactly what you want - or at least, what you think you want. Sometimes, bad people can do good things and might even end up being a hero. Unfortunately, it might cost you a few toes. And your life. And the entire world. But for a beautiful woman, isn't it worth it? And when seeking a legendary beast in the Congolese jungle, make sure to wear good boots. You never know when you might have to run. Come on in and join us. Lean back, open up, and let us take a look at that tickle. We're sure it's nothing serious. Just...something in your mouth.

Left-handed. I like dragons, coffee, waffles, running, and giraffes; order unimportant. I write the Halfway Witchy, Messenger, Starcaster and Shattered Skies series, as well as contributing to many anthologies. If I’m not at home, then I’m on the road, and if I’m on the road, I’ll be at a book event. I’ve written thirty-three novels and counting. I don’t sleep, but you probably guessed that already. If you want me to visit your town for an event, let me know when and where. See you out there.

At Audiobook Empire, audio reigns supreme, narrators are hailed as heroes, and headphones are worn with pride. Marrying pomp and circumstance with quality you can count on, Audiobook Empire is a full-service production house that produces and promotes audiobooks with gusto. The Empire's Talent Legion boasts over 100 performers, many of them award-winning. Give your audiobook the imperial treatment by producing it with Audiobook Empire. 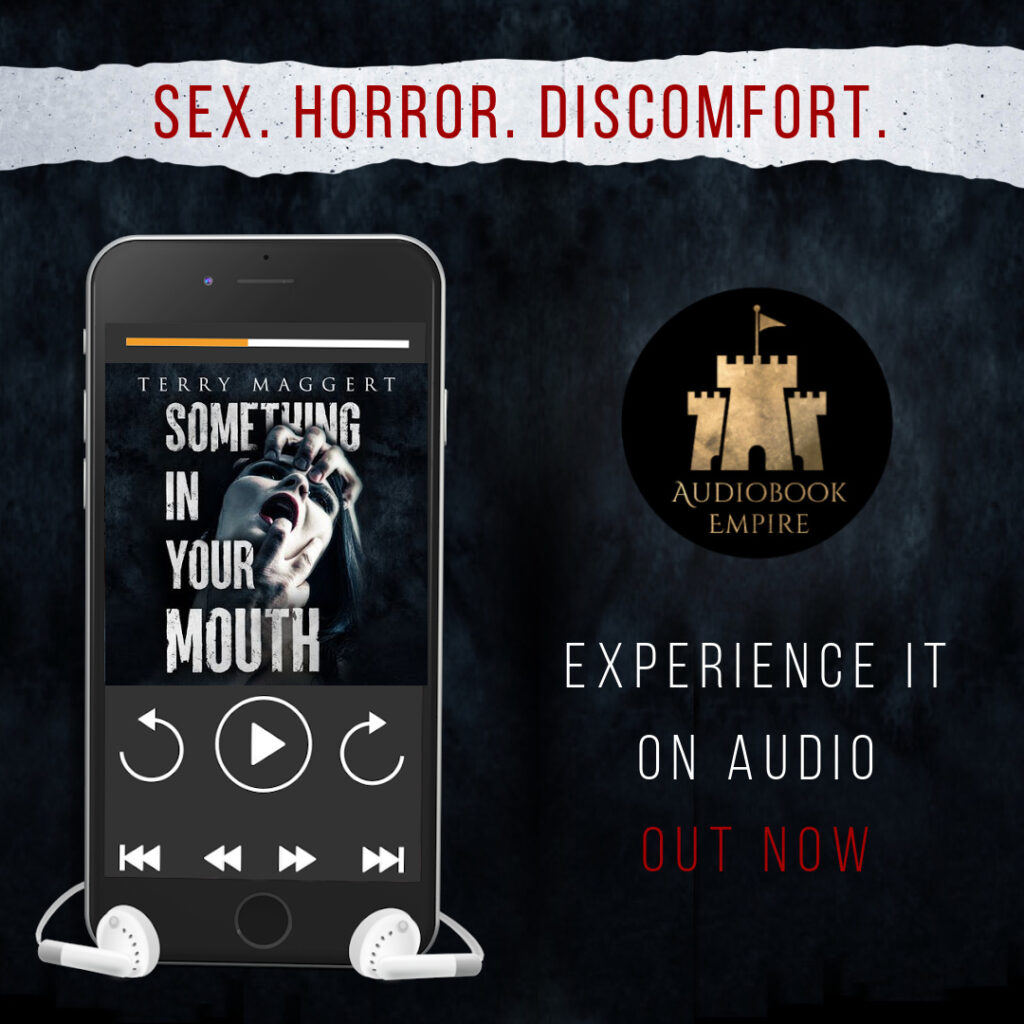 Why Horror? What’s Evil? Why Is Everyone Naked?

I’m a child of the 1970s, back when psychological horror ruled, only to be replaced with slasher flicks and Jason and Freddy and everything that came next. So my idea of Evil, as a thing, is as follows— Evil is absolutely casual. That’s it. It’s casual—it can happen at any time, anywhere, and with a sudden ease that makes everyone in the scene ask themselves if what they’re seeing is, in fact, real. Evil is- normal things that go bad. Like a snapping turtle. Or the Pope. Or a sink disposal or a child’s toy or any of the other things that we move around without thinking “It might be bad if that was suddenly my enemy.” Evil can be something as innocuous as asking to define a concept—what is caring? What is life? What is permissible in the name of science? That was always a good one for me. Lots of gray area to be found. And yet, as a teen in the 1980s, I realized that horror could be funny, too—like Gremlins or the aforementioned Freddy or the hilarity of Ghostbusters and all the accompanying beasties that world put onscreen. So, with all that in mind, I started writing horror, and it certainly reflects my core belief that you can laugh and think and be uncomfortable all in the span of one story, and then I got the idea for the cover (pretty girl, brutish hand- mine, by the way) and a moment of physical interaction that can be taken in many ways. Just like my stories.

How I Found Horror: Or, A History of Being Scared, By Terry Maggert

Horror has been with us for as long as we’ve ventured past the edge of the campfire’s light— It’s a natural state, to be scared, and who we read is often a reflection of our own fears. Our own secrets. I like old horror, or at least, I did when I truly began to explore the genre. People like HH Munro and William Hope Hodgson scared the pants off me as a kid, and as I got older, I found the eldritch terror of Lovecraft and Poe. They both tapped into truly primal fears—the dark, giant things with fangs, and cloistered spaces—that have never really stopped being scary, to me. Then, I grew up. And those things still scared me. I discovered Jeff Long’s books—let me tell you, you’ll never look at a cave the same way again, not after reading his novel The Descent—and as the 2000s wore on, more horror writers could publish their own material without gatekeepers in the way. In essence, it freed the horror lover to find new, wild frontiers of fiction, all available at their fingertips in ways that me—a guy born in the 1960s—could not have imagined. One of the things I wrote into each story was contrast. To me, contrast is one of the most critical components of a story. It’s the opposition of things, set in a way so that we never see it coming. If you want to read a superb example of this, look no further than Blackwater by the brilliant Michael McDowell. His monster tale has scenes of ordinary southern life split by events so stunningly horrific—one example being a monster tearing the arms and legs of a ten-year-old boy under the moonlight—that it takes you a few pages to get back to the idea that you’re reading about something happening in Alabama. It is jarring. It is brutal. It is contrast. I hope you find some of that in my stories, and oddly enough, I hope you laugh, too. Because laughter is a natural reaction to fear. At least, it is. . .at first.