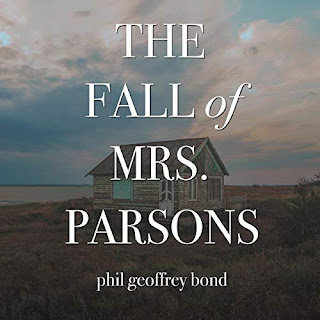 Mrs. Parsons lives a quiet life in a small cottage in the woods on the outskirts of town, having woken next to her husband Lloyd, and has gone about with her normal routine every day for the past 50+ years. But on this most extraordinary day, she will venture out into the world, reclaiming her place in it and, in so doing so, rediscover herself. In this lush, romantic short tale from Phil Geoffrey Bond, the simple life is revealed as not so simple at all.

PHIL GEOFFREY BOND is an award-winning author, best known for his collection of short pieces, All the Sad Young Men, and the celebrated picture book, My Friend, the Cat, based on the popular stage show. Often mixing dramatic prose with live theatre, his original pieces My Queer Youth, The Disney Diaries, My Friend, the Cat, My Roaring Twenties and Small Town Confessions have been embraced by a wide range of off-Broadway audiences. As a playwright, Phil has developed work at The Sundance Theatre Lab (The Citadel), and many regional theatres throughout the states. A fixture on the NYC nightlife scene, he is a seven-time MAC (Manhattan Association of Cabarets), two-time Bistro and one-time Nightlife Award-winner. Currently, he is the writer/producer/host of Sondheim Unplugged, now enjoying it's 6th year at Manhattan nightspot Feinstein's/54 Below. 2016 will see the release of his debut novel, The Last Year at Low Tide (Chess Books). In 1993, he was awarded the Presidential Medallion from President Clinton on behalf of his work as a young playwright.

After 20+ years as professional NYC actor, I stumbled into some documentary voiceover work. From that moment on, I knew the trajectory of my career had been changed forever. I adore narrating and doing VO, and every job feels like a gift.