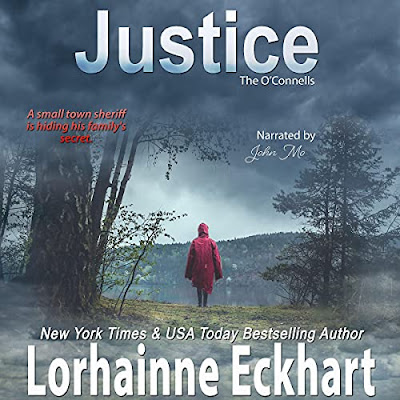 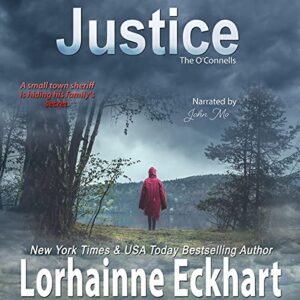 What will happen when the secret Marcus has been holding on to begins to unravel, and someone uses it as leverage? One morning, Marcus O’Connell is confronted by his deputy, Harold Waters, about an accusation that he’s hidden evidence of a crime. Harold knows something is going on in the O’Connell family. Even his partner, Suzanne, is acting strangely. Harold has made it clear that he doesn’t do secrets, but Marcus isn’t too inclined to share the details of the O’Connells’ secret, even with Suzanne’s urging. At the same time, he learns that the sentencing for those involved in the recent high school crime has been assigned to an overtly conservative judge who makes no apologies for his bias, letting privileged kids walk while tossing others away all because of who their families are. Marcus soon learns there is much more going on behind the scenes with the judge than he’s comfortable with. Added into the mix is the fact that the adoption for Eva has suddenly taken a turn for the worse. Her grandfather wants to be a part of her life and is questioning Marcus and Charlotte’s fitness as parents. With everything weighing on Marcus, he needs to make some hard choices about coming clean with his family’s secret and taking a stand against the unfairness that has cropped up in a criminal case that should’ve been open and shut. In finding a way to keep Eva in their family and close the adoption, Marcus may need to realize that carrying the weight of the world on his shoulders alone isn’t the answer - and that reaching out, asking for help, and trusting someone could be the only way to resolve everything.

New York Times & USA Today bestseller Lorhainne Eckhart is best known for writing Raw Relatable Real Romance where “Morals and family are running themes.” As one fan calls her, she is the “Queen of the family saga.” (aherman) writing “the ups and downs of what goes on within a family but also with some suspense, angst and of course a bit of romance thrown in for good measure.” Follow Lorhainne on Bookbub to receive alerts on New Releases and Sales and join her mailing list at LorhainneEckhart.com for her Monday Blog, all book news, giveaways and FREE reads. With over 120 books, audiobooks, and multiple series published and available at all, retailers now translated into six languages. She is a multiple recipient of the Readers’ Favorite Award for Suspense and Romance, and lives in the Pacific Northwest on an island, is the mother of three, her oldest has autism and she is an advocate for never giving up on your dreams.

John Mo has worked for decades as a director, producer, educator and lover of the theatre. He now retreats daily to his studio cave to read audiobooks, commercials, elearning and whatever else tickles his fancy. He loves hiking and fishing in the great outdoors, especially far away from other humans, and much prefers the company of dogs. He has two grown children, a patient and amazing wife, and a terrific mutt named Joey. Find other great audiobooks narrated by John Mo on Audible.

Join us for the #AudioBook