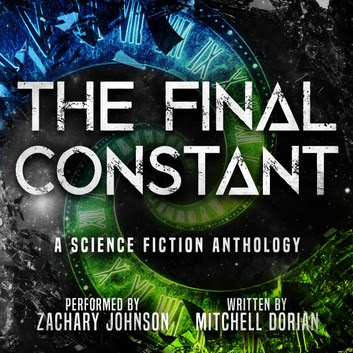 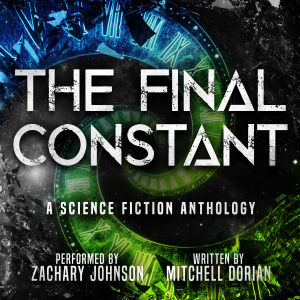 You can prolong the inevitable. But can you avert it? Mr. Markov is a man with a lust for immortality, and a wife of decades who has made her peace with death. Dr. Grant Eddings is a man obsessed with regret, hell-bent on bending and breaking time to undo his greatest mistakes. Rose is a clone soldier of the Legion, born from the cells of a famed warrior and conditioned to fight against an enemy of incomprehensible power and intelligence. Author Mitchell Dorian presents three short stories of time travel, love, loss, and war. Set in the distant and the not-so-distant future, each tale sees its often dubious hero grapple with the passage of time, and with it, life.

Mitchell Dorian would proudly describe himself as a non-conformist, hyper-aware of mainstream sensibilities and always sure to contradict them so that he may never be defined by what the herd thinks. He may also have a poor sense of irony. He lives with his pet rock, Duane, and his Sim family. He finds it easier to be friends with entities whose names, faces, and personalities he can alter at will with a click of a button and/or whim of the mind, depending on his mood. He has strongly considered setting up a pet Instagram for said rock, but Duane has not proven cooperative yet, often looking away at inopportune moments during the photographing process. Mitchell's first novel, THE FINAL CONSTANT, will be available on audiobook August 2021.

Join us for the #AudioBook with Guest Posts