I Loved You Yesterday: Book One in the Trading Heartbeats Trilogy a Romantic Suspense by Julie Navickas ➱ Book Tour with Giveaway 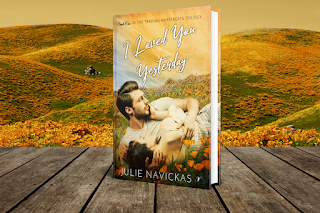 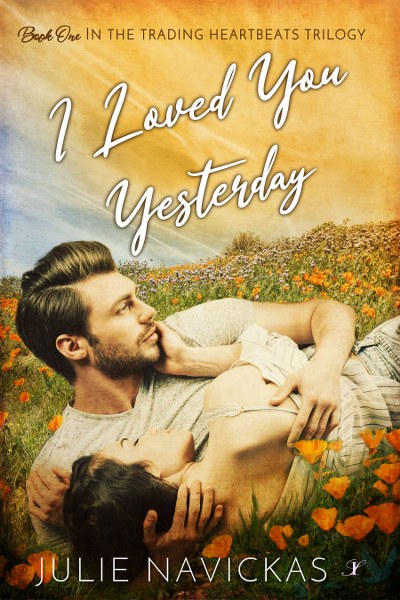 I Loved You Yesterday

Secrets always have a way of coming out.

Mavis Benson made a huge mistake. Scratch that—colossal mistake. Twice. Sleeping with her high school sweetheart’s twin brother definitely wasn’t part of the plan… nor was falling in love with him.

But that wasn’t the only complication Mavis faced. When an unplanned pregnancy upends her life at seventeen, Mavis skips town to spare her boyfriend, Josh Templeton, from the fallout. With only a letter of apology, she disappears, but not before confiding her secret to Josh’s brother, Austin.

When Austin resurfaces in her life years later, he brings the past to Mavis’s doorstep. Josh wants her back, Austin isn’t willing to surrender, and the path to happiness isn’t clear. Caught between both men, Mavis must choose between the brother for whom she broke her own heart, and the brother who picked up the pieces.

~Winner of the ASSOCIATION FOR WOMEN IN COMMUNICATIONS CLARION AWARD.~

Time was the enemy. Ten years had disappeared. Each day, each hour, each minute had ticked away, taking him further from Mavis and the love that blossomed among the wild California poppies in this very place so long ago. The memory crashed through his brain like a dream, as if perhaps it never really happened at all.
“Was it even real?” he whispered to the lifeless meadow. A lifetime had passed, each season bringing with it the fading edges of a memory, disintegrating at every corner.
Josh took slow deliberate steps through the overgrown brush, his hands skimming the tops of the dying grass. Nothing looked the same, but there was no mistaking the overwhelming rush of excitement reverberating throughout his body with each step forward. She was here. Her soul lingered in the heavy, damp air. Her essence caught up in the whistle of a songbird in the treetops above. You’re still here, Mavs. We’re still here.
The sun broke through the gray clouds, each ray illuminating the thicket surrounding him. Josh raised his face to the sun, the warmth penetrating his skin. He closed his eyes and grabbed on tightly to the memory the meadow held, willing each wild orange blossom to bloom in his mind. The ghost of her laughter wrapped tightly around him in the morning breeze, the joyous sound squeezing his heart. It hammered against his ribcage, threatening to smash its bone prison. Her name escaped his lips, the taste of her on his tongue as “Mavis…” caught in the wind and disappeared. 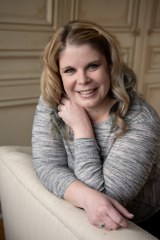