#PreOrder ➨ The Undomestication of Freyja by Kristina Canady 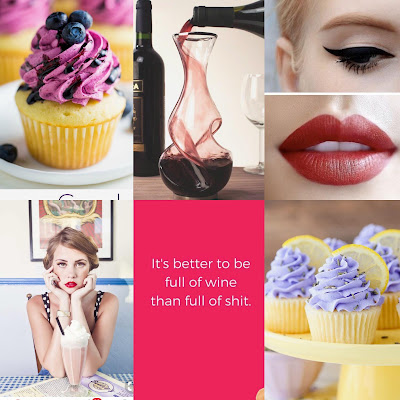 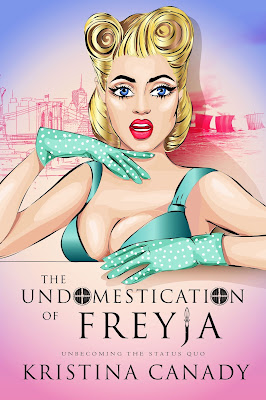 It was all so simple. The American dream built from apple pies, white picket fences, and plastic smiles was all this dreamer from suburbia wanted. I followed the societal recipe to the letter, just like my mother taught me:
1 cup perfect husband
2 cups children
1 Tbs. man’s best friend
2 Tsp. house in the most sought after neighborhood
Dash of pressed clothes and home cooked meals
Season to taste with neighborhood gatherings, bake sales, and PTA fundraisers
Until one day, I woke up. As if slowly coming out of a foggy state, I wiped the sleep from my eyes and began to question every stupid-ass, status quo, indoctrinated standard… and challenge it. One glass of vodka and inappropriate comment at a time. What can I say? I like a personal challenge. 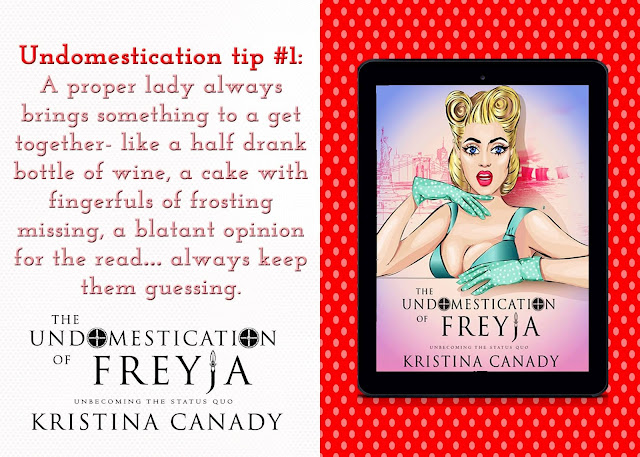 Raised California, Kristina moved to Colorado to pursue her education and fell in love with the area. After pushing through college class by class with a few scenic breaks in between, she finally graduated with the support of her family and friends.
After establishing her career in nursing, she felt something was missing. Her artistic side was calling so she started to pick up her writing and painting again. After awhile, she found that her short story had grown into her first novel. Writing is a passion of hers and she feels the greatest achievement in her art is creating works that bring enjoyment and a sense of connection to others.