The Unexpected Inlander by Kellyn Thompson 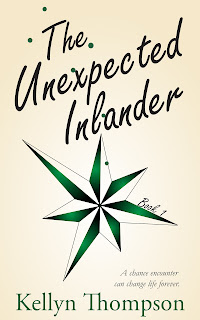 They were never supposed to happen to each other.

A love such as theirs was never supposed to endure, not in the highly controlled society of The Sectors.

Yet, a chance encounter at dinner led to breakfast at a diner down the road. They each thought they had found their perfect soulmate, but neither could have imagined the awful truth they would face.

Blurb:
Agent Christopher Rockford has been the best assassin in the agency for eight years, and he loves his job.

He loves his solitary lifestyle.

He loves keeping the world safe by getting rid of anarchists who threaten their orderly society.

He loves his comfortable life as a member of the wealthy Coastal upper class.

But in pursuit of a target, he meets Jenna, a mysterious civilian who belongs to society's lowest and most shunned group. Meeting her is a life-changing experience. She makes him feel for the first time, and he is instantly captivated.

She boldly stands in the face of everything he has ever known and was taught to believe. He begins to see the world through her eyes, causing him to question his job, his lifestyle, and The Order he so obediently serves. It's not long before he can't imagine his life without her.

There's just one problem: He knows she would leave him if she ever found out about his job. He knows this because he asked her how she felt about assassins in their government, and she was utterly disgusted with the idea, even though she believes their existence is just a myth.

As their relationship grows and intensifies, he knows he cannot keep the truth from her for long.

But Jenna has her own secrets to keep.

Set in an orderly world of near-perfect surveillance, genetically modified humans, and extreme socioeconomic divide, The Unexpected Inlander will take you through Chris's journey of self-discovery and learning that change begins within.

***This edition includes a preview of the sequel at the end of the book.***

*Author’s unsolicited content warning: The main character is an assassin, so there is some violence in a few scenes.* 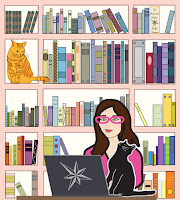 Author Bio: Kellyn Thompson is the author of The Unexpected Inlander, a love story that shows how meeting just one person can completely change the way you see the world around you. Her blog tends to focus on abstract ideas and philosophy, with a focus on growing one's mind and trying to see things from multiple perspectives. Not surprisingly, seeing things from someone else's point of view is the main focus of her book. In addition to writing fiction, she enjoys reading, philosophy, psychology, and going for walks. She lives in the Pacific Northwest with her husband and two cats.