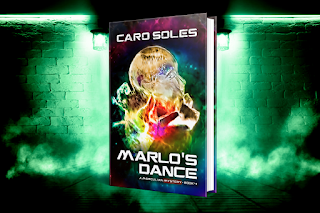 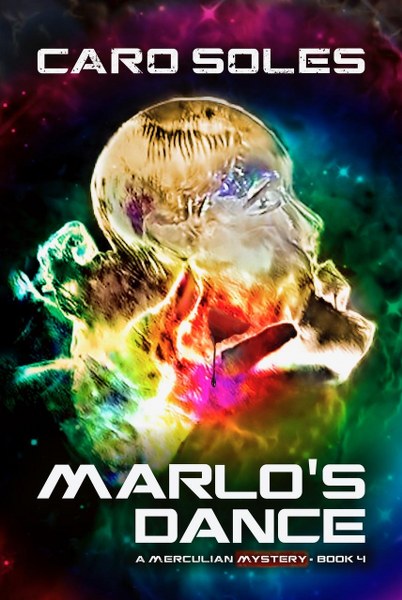 Merculian. A planet of sensuous fun-loving hermaphrodites. A planet where major crime consists of the 3 Ds–drugs, drunk, and disorderly.

Marlo Dasha Bogardini, a senior investigator with the Cap City regulators, is shocked when he is called backstage on the final day of a high-profile dance competition. The mangled body of a young dancer has been wedged beneath the set. As he investigates, the trail leads directly to Merculian’s greatest dancer!

Soon Marlo’s life and the investigation spin out of control and an unrelenting campaign to discredit him costs him his job. He forges ahead anyway, only to discover that the murder may be connected to a sinister criminal consortium. With two unlikely allies by his side, he uncovers a tangled web of violent crime. Marlo puts it all together but before he can reveal the devastating truth, he's forced to fight for his life!

Marlo’s Dance is a riveting read - a well-plotted police procedural plunked down in the middle of a fully-imagined alien world. The story is propelled along by the delightfully plump, emotional, clever, dually-gendered Detective Marlo, with the added bonus of dancers, drugs, derring-do and skullduggery. I laughed out loud in spots, and fell in love with Marlo, one of the most unique characters I’ve run across in a long time. -- Janet Kellough, best-selling author of The Bathwater Conspiracy and The Thaddeus Lewis Mysteries

When a dancer is found dead, Marlo Dasha Bogardini, a Merculian investigator with the Cap City regulators, is called in and the real games begin! Caro Soles has done it again with this clever murder mystery, filled with twists, turns, sexual overtones, and witty undertones. Whether you’re a sci-fi enthusiast, a crime-fiction aficionado, or just love a great story, Marlo’s Dance will not disappoint. -- Desmond P. Ryan, Retired Metro Homicide officer and award-winning author of The Mike O'Shea Crime Fiction Series

As Marlo Dasha Borgardini would say, this book is fabulous. A strange planet that somehow feels close to home and a story that pulls first on your brain, and then on your heart. Well done!! -- Mike Martin, award-winning author of the Sgt. Windflower Mystery

Other Books in the Series

The Danger Dance
The Merculians Book 1

The Memory Dance
The Merculians Book 3

COFFEE SCENE
As Marlo launched enthusiastically into his first cup of the delicious coffee, Boothby began to talk about her latest sleuthing efforts. “I think we need to talk to that stagehand,” she said, leaning over the table, her cup in both hands. “I was checking the surveillance again and I noticed one of them was outside but then he walked around and came in by another door.”
“I interviewed the stagehands,” Marlo said, wiping sugar off his cheek. “I know you want to help, but really, we’re moving along just fine. We have experience in these things.” He buried his nose in the coffee cup again and drank the last of it. “It’s very good,” he said, sitting up.
“I’ll get you another one.”
“Thanks.”
In a few moments she was back with another savory cup. He dove in at one. She kept on talking but he wasn’t paying attention any more. A strange warm energy was seeping all through him. He began to hum to himself. Licked the sides of the coffee cup, getting the last of the cream. “So good,” he said. “Soooo gooood!” He began to sing, at first softly, then building, until he suddenly stood up on his footstool and really aimed for the back row, as his choral teacher instructed.
“Ah, boss? You better sit down.”
“I need more coffee,” Marlo said swaying unsteadily from side to side.
“Sorry, buddy, you’re cut off.” Rick, the owner loomed up over Marlo and took his cup away. “Another Merculian who can’t hold his coffee,” he added disgustedly.
“If you give me more, I will hold it!” shouted Marlo. He fell back into the armchair and began to laugh.
“For God’s sake, Rick, do something!” cried Boothby. “He’s a Regulator!”
“Serve him right for raiding this place last month.”
“That wasn’t his unit. He’s homicide, or whatever they call it. Come on, Rick. Do something.”
“You mean hermacide, right?” He threw back his head and roared with laughter.
“Yeah, yeah. Very funny.”
“Well, I can give him my hangover treatment. It usually works on them but he’ll probably get a headache. Provided he’ll even drink it.”
“Just put whipped cream in it and he’ll drink anything,” she said, looking at Marlo worriedly.
“Let’s go to your place,” Marlo said suddenly. He winked.
“Oh God! That’s not a good idea.”
“Do you have any coffee at your place?”
“Listen, Rick is making you a nice new drink. After you drink it, we have to leave.”
“But I like it here!” Marlo jumped up, almost lost his balance, then began to sing again, but one foot slipped and Boothby managed to catch him just in time.
The body contact sobered Marlo a little. He straightened up, leaning one hand on the table. “So sorry, Boothby dear. You do smell good,” he added.
Rick came weaving his way back through the tables, a small glass heaped with whipped cream on a tray. “Here you go. Bottoms up, chai.”
“Just toss it back, boss.”
Marlo saw the whipped cream and did as he was told. 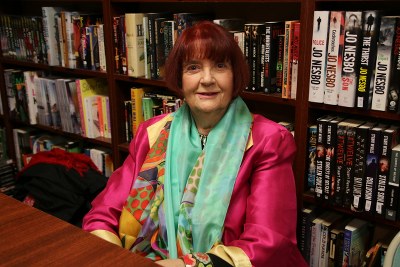 Caro Soles' novels include mysteries, erotica, gay lit, the occasional bit of dark fantasy, and science fiction. She received the Derrick Murdoch Award from the Crime Writers of Canada, and has been short listed for the Lambda Literary Award, the Aurora Award, and the Stoker Award. Her latest mysteries include, A FRIEND OF MR. NIJINSKY, and PEOPLE LIKE US, which came out last year. THE DANGER DANCE is the first in an sf series featuring the pleasure-loving, dual-gendered natives of the planet Merculian. THE ABULON DANCE is book 2 in the series. Book 3, THE MEMORY DANCE, has just come out. Caro lives in Toronto, loves dachshunds, books, opera and ballet, not necessarily in that order. After 25 years of teaching writing at George Brown College, Caro is staying home to write.