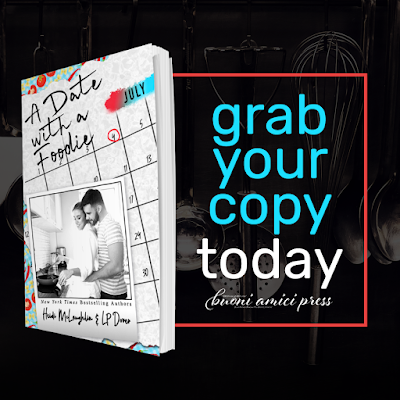 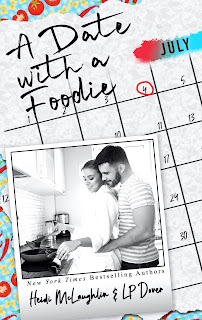 New York Times and USA Today bestselling authors Heidi McLaughlin and L.P. Dover come together for a sexy new series that delivers romance for every season!
Spicy sweetness. Mouthwatering meat. Finger-licking goodness.
The restaurant community is abuzz with excitement. World renowned food critic August Cahill is coming to Chicago and a review from him can make or break even the best chef’s career.
As much as Madeline Metcalf would love for him to sample her goodies, she fears her bistro hasn’t made enough of a name for itself yet to earn his attentions. Thankfully, her nervous energy is put to good use when Adam, a smokin’ hottie she dated her freshman year of college, pops in for a bite. The heat between them has marinated with time, creating a savory dish of desire.
When Madeline learns August Cahill will be at the Taste of Chicago event, Adam insists they go. Dragging her to the pulled pork cook off, he feeds her succulent tastes that leave juices dribbling down her chin. But when Madeline learns Adam has been keeping a startlingly truth from her, it cooks up a recipe for disaster.
Crank up the heat and slather on the sauce, this kitchen is getting hot!

Heidi McLaughlin is a New York Times, Wall Street Journal, and USA Today Bestselling author of The Beaumont Series, The Boys of Summer, and The Archers.
Originally, from the Pacific Northwest, she now lives in picturesque Vermont, with her husband, two daughters, and their three dogs.
In 2012, Heidi turned her passion for reading into a full-fledged literary career, writing over twenty novels, including the acclaimed Forever My Girl.
When writing isn’t occupying her time, you can find her sitting courtside at either of her daughters’ basketball games.
Heidi’s first novel, Forever My Girl, has been adapted into a motion picture with LD Entertainment and Roadside Attractions, starring Alex Roe and Jessica Rothe, and opened in theaters on January 19, 2018.

New York Times and USA Today bestselling author L. P. Dover is a southern belle living in North Carolina with her husband and two beautiful girls. Everything’s sweeter in the South has always been her mantra and she lives by it, whether it’s with her writing or in her everyday life. Maybe that’s why she’s seriously addicted to chocolate.
Dover has written countless novels in several different genres, including a children’s book with her daughter. Her favorite to write is romantic suspense, but she’s also found a passion in romantic comedy. She loves to make people laugh which is why you’ll never see her without a smile on her face. 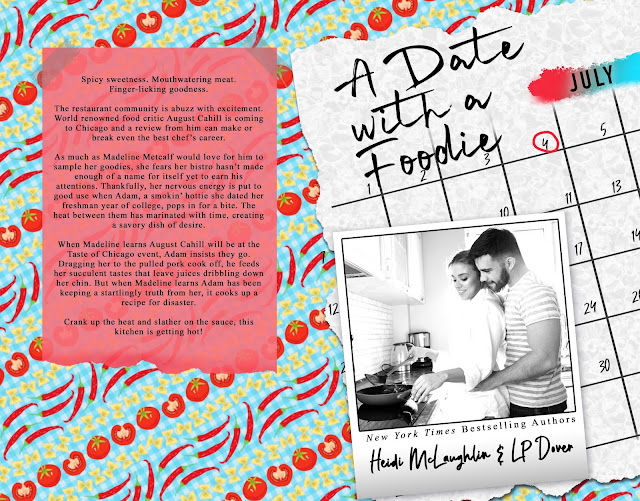