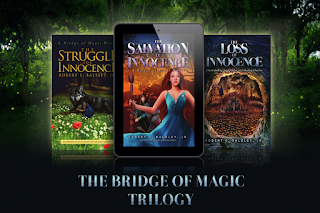 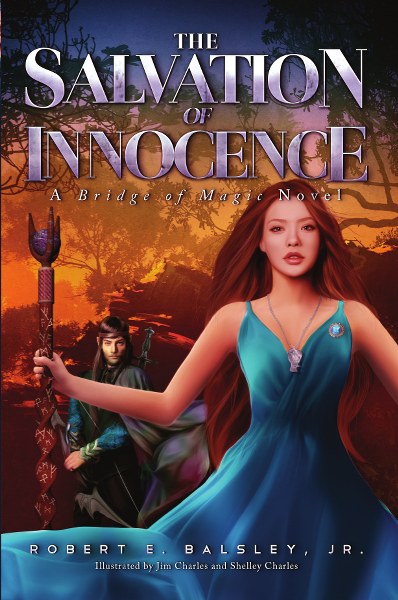 A young woman embarks on a harrowing journey to save her world's last vestige of magical healing in Robert E. Balsley Jr.'s epic new fantasy novel, The Salvation of Innocence.
Althaya, the goddess of healing, wishes to share her ability to help those in need, providing "empaths," which give clerics the means to magically heal others-a means that some people fear and wish to destroy. In response, a dark magic known as the Purge is created to seek out and eradicate all empaths.
But one lone survivor remains, spirited away by Althaya and hidden in a magical stasis field. There, the last empath must remain alive until the time comes for rescue-but the Purge will not rest until the last empath is found and killed.
Three thousand years later, Kristen Rosilie Clearwater is only beginning to realize her destiny. Having been brought to the island of InnisRos as an orphan, she has long felt a "tug" toward something she can't quite understand. But when she begins experiencing the dreams of a young child, Kristen knows that the two are somehow connected-and that the fate of the world, and the future of healing magic, rests on.
Add to Goodreads
Amazon * B&N 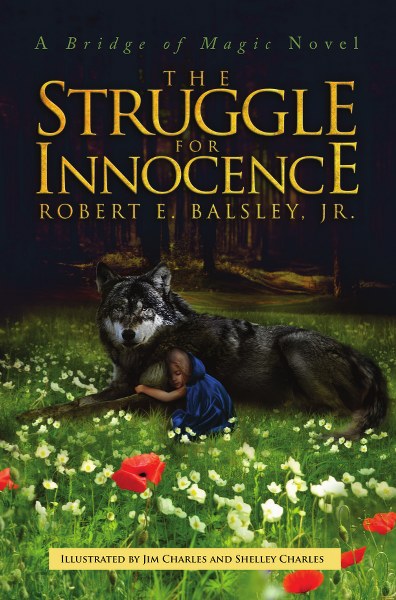 The Struggle For Innocence
The Bridge of Magic Trilogy Book 2

In this suspenseful sequel to The Salvation of Innocence, the war against evil rages on. This time good must fight on two fronts to stop a great evil-one strong enough to commit genocide-or their world will be changed forever.
After barely escaping death at the hands of the vampire Lukas, Emmy still faces an even greater threat. The Purge is approaching. Emmy and her comrades' only chance is to get help from the sentient city of Elanesse and commit the first assault.
Far way, another conflict is brewing. Father Horatio Goram must face off against the power-hungry First Counselor Mordecai Lannian, whose demonic concubine pushes for war, but the odds are against him. Emmy's fate rests on this struggle, and this determined priest will do anything to win.
In a realm where healing magic relies on a single emissary's ability to commune with the gods, Emmy's death would have wide repercussions. This sensational thriller reveals the destructive power evil will use to achieve its dastardly ends-and the depths to which good must go to stop it.
Add to Goodreads
Amazon * B&N 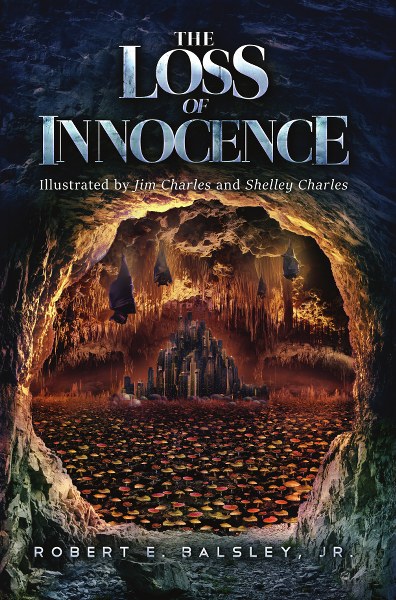 The Loss of Innocence
The Bridge of Magic Trilogy Book 3

War has come to InnisRos!
The Ak-Séregon Stone, stolen by the demon Nightshade, has been used to force open a corridor between Aster and the Svartalfheim, the home world of the Dark Elves. The Dark Elf army, led by Nightshade's father, Aikanáro, marches on InnisRos. Only Father Goram and his allies, with Queen Lessien's army, can close down the corridor and break the stranglehold the Dark Elves have on the island of the Elves of Light.
But the Dark Elf invasion of InnisRos is only one phase of Nightshade's design. To ensure InnisRos' human allies stay on their side of the world, she blackmails Lord Ternborg, leader of the Draugen Pesta, the Black Death, to invade the mainland from the east. Forced to collaborate with the mercenary cities of HeBron and Madeira, Lord Ternborg reluctantly leads three armies into the Forest of the Fey and the surrounding valley to capture the sorcerer stronghold of Havendale. Tangus, Kristen, Emmy and the humans now have their own war to fight on the mainland.
Meanwhile, deep below the surface, a new threat arises. The sylph are awake and moving from the depths with one goal in mind... destroy all life on Aster.
Add to Goodreads
Amazon * B&N

How did you come up with the concept and characters for the book?

I’ve already discussed the fact that a lot of the characters are based upon characters played by friends in my D&D gaming sessions. The other characters… at least a good number… are generated based upon the situation I write myself into (for example - a ocean voyage is involved, so I created a captain, her first officer, other officers and crewmen). I also create storylines as the book evolves. Essentially I know how to get to point A and point B, but I’m never sure of the route I’ll be taking. That changes every time I get behind the computer screen. It’s how I write… and sometimes the additional storylines require new characters (some of which become important depending upon the importance of the storyline). My wife calls it “chasing rabbits”. I call it genius. 😊

Where did you come up with the names in the story?

As I previously mentioned, most of the main characters were actually named by the D&D players who played them in my games. As for all the others, some were just random names I thought up. However, as I got further along in the books, I realized I needed a better way to distinguish races… including names. For most of the elves, I used several elf name generators found on the internet in the public domain. The sailors are based upon the British, the Draugan Pesta are based upon the Russians, the dark elves are based upon the Chinese, dwarves are based upon the Scots, etc. Once I’ve determined the real-world nationality, naming the characters is nothing more then selection.

What did you enjoy most about writing this book?

I think the most enjoyment I get out of writing is the exploration of new thoughts and ideas and, if I like them, the incorporation of those ideas into the storyline. I’m a fly-by-my-pants type of writer. Many times when I get behind the keyboard, I have no specific idea just where my writings are going to take me. Developing day-to-day ideas and successfully integrating them into the story gives me a great deal of satisfaction and pleasure.

Tell us about your main characters- what makes them tick?

Pretty much discussed this above.

How did you come up with the title of your first novel?

In my world, the last empath also represents the ultimate innocence. Specifically, Emmy is the innocence the world needs to survive, but there are forces that wish to destroy her. The first book tells the story of her rescue, the second of the fight to keep her safe, and the third shows, in some respects, her transformation into a powerful force in her own right that no longer requires protection. Her innocence is lost as a result of her growth. Considering this, the titles came easily.

Who designed your book covers?

If you had to do it all over again, would you change anything in your latest book?

Speaking about my first book, The Salvation of Innocence, I would have edited it better. Now that I have two additional books under my belt, I can see areas that I would probably remove. I also didn’t use contractions as much as I should have.

Did you learn anything during the writing of your recent book?

When I first started out, it was more of a test to see if I could do it. My real motivation was to prove to myself, and everyone I know who believed I’d be a decent author, that I could do it. As I wrote the first book, I realized I had more in me then just a one and done. As I wrote the second book, I came to understand that I enjoy writing. It isn’t a chore. But it is hard work.

If your book was made into a film, who would you like to play the lead?

I’m not a huge moviegoer, so I’m not overly familiar with all the stars and starlets that might be available. I don’t really have a preference.

Anything specific you want to tell your readers?

First, you have to understand my works are fantasy. I’m a sixty-five-year-old man who’s spent decades reading fantasy and playing Dungeons and Dragons. In a fantasy world, all kinds of possibilities exist. Magic is commonplace and creatures exist that defies rational thought. Ghosts, demons, dragons, elves, dwarves, an intelligent boulder, and other creatures taken from the depths of my imagination are standard fare. My world has good and evil (not unusual)… but good can turn evil and vice versa. It also offers travel through space and time to different worlds and realities. In other words, be prepared to allow you imagination to roam free. Keep an open mind and don’t be afraid to accept the impossible. 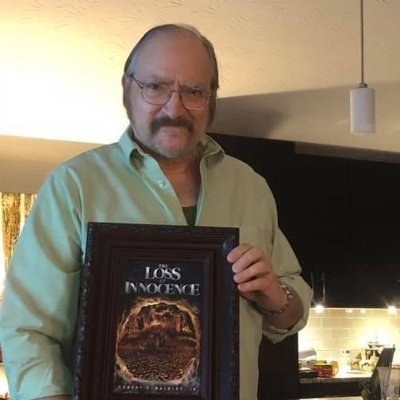 Robert E. Balsley, Jr honed his fantasy writing skills as a game master in Dungeons and Dragons over twenty-five years. During that time he developed the thoughts and ideas that turned into the Bridge of Magic series. The Salvation of Innocence is the first book of that trilogy and Robert's debut novel. Robert graduated from Elder High School in Cincinnati, Ohio. He served in the US Air Force for six years. After his discharge, Robert started working at Tinker Air Force Base in Central Oklahoma where he's been an engineering technician, first level supervisor, and lead technician. Robert retired in late 2014. He left Oklahoma and currently lives in Burlington, Kentucky. He and his wife have three children, three grandchildren, and three dogs.
Facebook * Twitter * Bookbub * Amazon * Goodreads