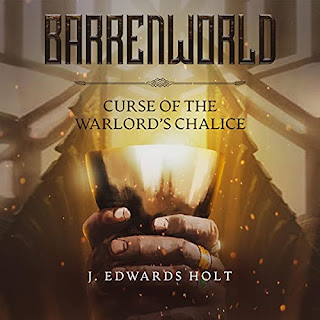 Long ago, an evil wizard rose to power and waged war on mankind. Few were willing to stand against the dark wizard, and those who did fell. Desperate and determined to save his people, a king named Astilles traveled to a realm called Barrenworld, where he found the Warlord’s Chalice, an ancient cup said to give infinite power to those who drink from it. Believing himself to have no other choice, Astilles drank from the chalice and gained the strength to defeat his enemies - but that strength came at a great cost, as the chalice only granted it in exchange for eternal servitude. Eventually, the story of Astilles faded into legend, until centuries later the chalice would return to claim its next victim.

Born in North Carolina, United States, J. Edwards Holt always knew that he wanted to be a writer. After graduating high school, he attended college and pursued a degree in education, but later decided to change course and follow his dream to become a novelist and children's author. Now a full-time writer, editor, and blogger, Holt spends his free time dreaming up stories and reading. He is passionate about spreading Christian messages through his writing, watching science fiction and super hero movies, and collecting comic books. 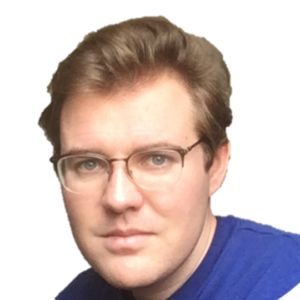 Since acting in various plays at university and the Edinburgh Fringe Festival, including 'Equus' and 'Henry V', Joel has always enjoyed getting to grips with a complex text and leading listeners through an author's imagination. His voice has a warm, sympathetic quality, perfect for drawing the listener in and helping them to empathise with your characters and story.